Not One, But Two Days of Infamy

At 5:00 PM on April 19, 1961, the Cuban government sent out its third and final military statement announcing, that all invading forces holed-up in their last outpost in Cay Largo, had surrendered to the Cuban Armed Forces and the Militia.

This apparently simple military communiqué would become a world -wide symbol of the United States vulnerability, since it had invested endless military, political, intelligence and financial resources, only to see them evaporate before their eyes less than 72 hours after it began. 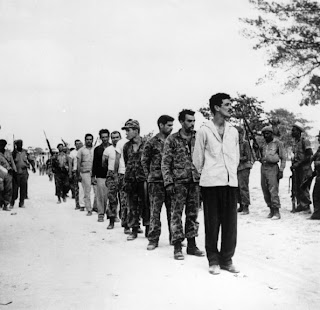 For approximately 18 months, hundreds of Cuban exiles had been trained by the US Army, CIA and the State Department at Useppa Island , Homestead AFB, Opa Locka and Miami International Airport in Florida , Ft. Gluck and Ft. Clayton in Panama , by the Alabama National Guard, at Ft. Knox , Kentucky . Ft Benning , GA , at Belle Chase, New Orleans , Vieques, Puerto Rico, Puerto Cabezas , Nicaragua , Quetzaltenango base in Guatemala and others. 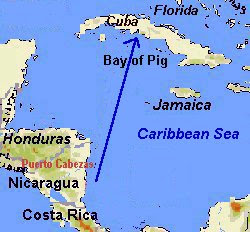 The CIA had created hundreds of counterrevolutionary groups in Cuba and charged them with spreading diversionary rumors, bombing public buildings, terrorizing teachers, fomenting uprisings across the country and sabotaging industrial and farming facilities. Many CIA funded radio stations pumped scare-tactics news and false military actions throughout the country, in a failed effort to break the will of the Cuban people. 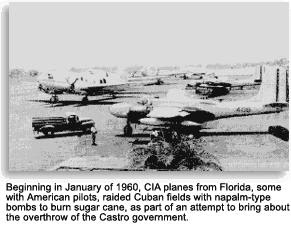 Underreported by the media is the important role played by Guantanamo Naval Base, which in fact, acted as a safe heaven and beachhead in Cuba where millions of useless pesos in the hands of Batista supporters, rich Cubans and early dissenters were laundered in broad daylight, meetings with CIA operatives and Cuban counterrevolutionaries employed or hiding on the base took place unhindered, and counterrevolutionary agents were regularly flown in and out of that military enclave.

The most important, dangerous and unforeseeable consequence from the use of Guantanamo Naval Base during its infamous history stemmed from the receiving, harboring and allowing a group of Cuban counterrevolutionary men, armed with Russian weapons and dressed in Cuban military fatigue to enter Cuba through its gates, charged with executing an auto-attack on this facility -Remember the Maine, Gulf of Tonkin- which would be followed by the US self defense reaction to this enclave, by bombing Cuba back into the stone ages. Operation Northwoods provided an in depth description of this and other sinister plans of the US government.

Yet most Cubanologists, mainstream media and historians, have devoted hundreds of articles attempting to determine if the failure of the reprehensive and treacherous 1961 invasion was due to a lack of air support and fire power or the choice of a wrong landing site, without ever questioning the morality of this action or condemning its perpetrators.

Much in tune with the overall, rotten principle of this enterprise was the sleazy bombing raid on Cuba ’s three air fields two days before the invasion, using B-26´s disguised with fake Cuban Air Force markings in the hope of neutralizing their Air Force. They presented to the media in Miami a B-26 littered with fake anti-aircraft bullets and its crew, as a defecting Cuban Air Force plane with its personnel, – this was later shamefully presented by Adlai Stevenson to the UN Security Council.

How can anyone plan and execute such a treacherous act, when precisely twenty years before, the Japanese Air Force attacked and destroyed the US fleet in Pearl Harbor, leading president Franklin Roosevelt to declare December 7th, as A Day of Infamy, declaring war on Japan and entering into WW II? 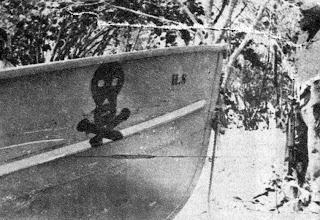 And today, 49 years after this heinous act, the perpetrators and intellectual authors have not come to grips with their disgraceful behavior, accepted their responsibility, apologized to the Cuban people, the wounded and dead, but rather, they are actively hosting a series of events in south Florida to honor the victimizers and strengthen the punishing 50 year old embargo on innocent Cubans, because the Cubans dared to defend their homeland. 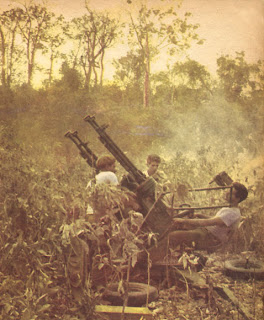 As a survivor and on behalf of tens of thousands of friends, family and neighbors living in Guantanamo, a mere 12 miles away from the US Naval Base or Ground Zero, we have no doubts, our city would have been pulverized and we would have occasionally been remembered like the victims of Coventry, Dresden, Lidice, Mi Lay or Nagasaki.

To those whose defensive actions saved the lives of tens of thousands of fellow citizens in Guantanamo , Santiago de Cuba , Havana and everything in between, we can humbly say Thank You Very Much for all you have done. 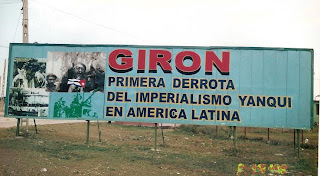