A Moment of Reckoning

The monstrous and unprecedented destruction that is unfolding in Haiti before our eyes, will rapidly become one of mankind defining challenges, of who we are and what we stand for.

For much too long, human beings have been ready to fight and kill each other, while we have remained indifferent to the silent deaths of thousands of innocent people through hunger, disease, ignorance and disasters.

This catastrophe will not allow us to run away or pretend we did not know. It is too big, too shocking for any one government around the world to ever say, they were not told or did not know what happened.

For the past twenty years, Cuba have done more for Haiti than every developed country in the world. Cuba have supplied Haiti with hundreds of professionals and technical support in every field of development. Cuba have graduated over 150 physicians and presently have close to 1000 medical students from Haiti in different levels of training, all free of charge.

Cuba have promised Haiti to train 100 physicians per year for the next 20 years and hundreds of teachers, nurses and other professionals, albeit its crushing financial downfall.

As this incredible human development for Haiti and another 40 Third World countries is taking place in Cuba, the United States, even under our affable President Barack Obama, continue to invest millions of dollars in subversive activities designed to destabilize, weaken and overthrow that country.

European governments who benefited handsomely from Haiti and Latin American natural resources, have chosen to sit in judgment, take Cuba to every international forum, accuse it of the worst human rights violations, while doing literally nothing for millions living in abject poverty in Haiti and the rest of the underdeveloped world.

No one pretends to portray Cuba as a perfect country. No one pretends to excuse excesses that may have taken place in Cuba, but no one in his/her right mind can deny either the overwhelming support in sweat, tears, blood and lives, that Cuba has provided to Africa, Asia and Latin America, in defense of their independence, sovereignty, health, education, culture and sports.

The Haitian tragedy has taught us since yesterday, that our grandstanding, illustrious speeches in beautiful conference halls around the world, demanding freedom and liberty in a vacuum, prescribing our phillosophy, have done nothing for the victims of this tragedy and millions of others awaiting certain death around the world.

Fifty years trying to construct a Cuba in our image has failed, while it has done no good to Cubans and people elsewhere. Let’s work to overcome our imperfections, without imposing on others or pretending to be guardians of absolute truths.

As thousands of people are exposed to our grueling tropical environment with rotting bodies, lack of sanitation, water or food in Port au Prince, I am pleading with all moralists of the world, holders of firm values and unwilling to compromise with anyone with differing views, to take a look at the real world, as we see it in Haiti today. 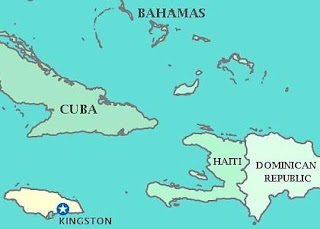 The province of Guantanamo lies less than 150 miles away from the area of disaster. Cuba has the largest technical, professional and healthcare human resources in the area, except for the US.

Cuba is in dire need of basic resources such as clothing, food, medicines, which any caring country could provide. Let’s overcome decades of demonizing Cuba and attempting to destroy that country for thinking and acting differently than others.

No where in the world could our investment achieve higher return if the United Nations and every worldwide humanitarian organization in the world would open an honest, fair and respectful discussion with Cuba, that would enable the relocation of thousands of the earthquake victims in Haiti to vacant school buildings in Cuba where they could receive all basic human needs, as every country, especially the developed ones, can contribute to the financial operation of this unprecedented humanitarian project.

Beyond the immediate needs, Haiti will need longtime help to get back on their feet. Tens of thousands of fallow acreage in Cuba could be leased to provide jobs for these victims and food security for our region under a similar international goodwill project.

If we did that, we would not only help the victims, we would have laid the groundwork for beginning to solve most of our socio-political ills, through peaceful dialogue, understanding and turning our weapons into plows on behalf of mankind.
Posted by hassan at 2:14 AM