The Pain of Aging, as Cuba Struggles for its Survival

"The pain of aging, as Cuba struggles for its survival"
Alberto N Jones
10/28/09

As years goes by with its crushing forces, we become impatient, fearing that things which are dear to us and others that have played an important role in our lives, may not come to fruition before departing this challenging world.

My deep love and admiration for my family, friends and Cuba, has become an obsession as time slips by at supersonic speed. How much more will I be able to contribute to either of my loved ones when so much remain to be done and our energy is fading rapidly becomes a big question mark?

I was born poor in Banes, a United Fruit Co., sugar plantation community where segregation, hunger and despair was an integral part of our daily lives. Wakes and funerals became our family outings. Moving later to Guantanamo was a social improvement although racism, deficient education and poor healthcare was notable. 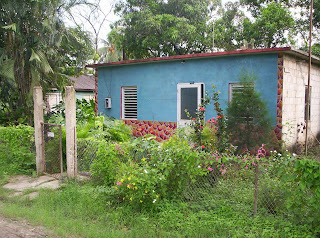 This cruel, uncaring society with its huge social disparity, came to the fore when my mother required an urgent hernia surgery and before rushing her to the emergency room, we had to go to Pepe’s home, one of the richest man in town in search of a note, without which, she most likely would not had been admitted to the Pedro A. Perez hospital in Guantanamo.

Similar history repeated itself, when my grandfather was afflicted with diabetes and was admitted to the Saturnino Lora hospital in Santiago de Cuba, where he lost one toe after another. Bedding, meals, medicine had to be taken care of by the patient guardian, who occasionally had to clean the area and/or bathroom.


The public school system was no better, in which the possibility of succeeding was nil, requiring personal connections to advance and financial resources to acquire every piece of school material which many could not afford. That’s why 4th grade became the cut-off point for most.

History and Civics played an important educational role in forming our character, especially when as an innocent bystanders, I experienced first hand the horrors following the attack on the Moncada garrison in Santiago de Cuba on 7/26/59, when tens of prisoners were wantonly murdered and their bodies desecrated by dumping their coffins on the sidewalk in our baking summer sun. 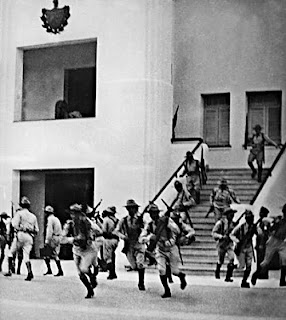 Since, my life have been dedicated to do whatever it takes to modify the status quo. I will not go into my limited contributions to that effect, instead I prefer to share my inner fears with the critical problems affecting my country, its people and their future.

For some faithful readers of my poorly written notes who have forgiven my brutalization of the English language and who believed in my well intended approach on a diverse number of issues that have concerned me deeply, are now wondering if I have changed my tune, my views, switched sides or worst. How could I ever forget my point of origin, life experience and my unshakeable commitment to the poor, abused and ignored?

But where is all of this coming from? Early on in life, I noticed my home in Banes actually doubled as a free, first aid facility operated by my grandfather George (Pappy) Jones who had a year round job as an orderly in the United Fruit Co. hospital, from where evidently, he sneaked out medicine and medical supplies for those less fortunate. 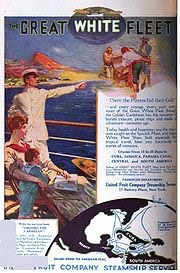 Our small home doubled also as the first Bed and Breakfast I have known, where people from the countryside coming to Banes for health or other reasons, always found free accommodation.

When I entered 6th grade, my education came close to an abrupt end, because at the time I was living in the fishing village of Caimanera with my mother where she worked as a maid, taking care of Pepe’s daughter. Although his meager salary was the best in town, my mother could not afford my twenty train and bus rides a month to stay in school.

Fortunately, my aunt jumped-in, offered a space in her small house, where I could open a cot at night. Strict discipline, which was enforced with a belt that hung behind the bathroom door, lived with me wherever I was.

In 1968 as I began my residence in Pathology at the Veterinary Medicine National Diagnostic Laboratory in Havana, my boss was the late Dr. Hugo Fernandez Luciano, an extraordinarily knowledgeable, demanding professional, whom many of us initially labeled as an extremist, always ready to point out what was wrong or the shortcomings of any of us but at the same time, was extremely slow to shower praises on anyone.

A case in point. As we were getting ready to end our work day at 4:00 PM, an urgent call came in advising that some very important samples were on the way, whose autopsy could not wait until the following morning. Hugo, as we all called him, asked for two volunteers and I offered to stay.

All three of us worked on these specimens until close to 3:00 AM. Even though we had sleeping facilities at the lab, we decided to go home. I overslept and walked into my workplace around 10:00 am. Hugo, called me immediately into his office and reminded me that our work began at 7:30 am., and the fact that I did something commendable the evening before, did not entitled me to break established rules.

Adding to my strict upbringing, was an eighteen month epizoothiologic course in East Germany in 1965-66, where I was thought early on, that having to do something at 2:00 PM would never mean 2:02 PM.

Grateful to each of these individuals who had carefully instilled in me principles, ethics, values and commitments that would guide my life, I happily assumed in 1970 the impossible task of heading the Veterinary Medicine Provincial Diagnostic Laboratory of Oriente, the Pathology department, Foreign Technicians coordinator, President of the Scientific Council and later instructor of Pathology, all for one salary.

Because of the vastness of the province of Oriente (¼ of Cuba land mass), lack of laboratory professionals, qualified technicians, building facilities and equipment, our laboratory was rated as the worst of all six provincial laboratories in the nation.

By 1973, the old building had been completely renovated, three new buildings had been erected, a laboratory technician academy was created and every working tech., was re-qualified. Tens of diagnostic equipment and technique were introduced in Bacteriology, Serology, Parasitology and Bromatology, elevating our diagnostic capabilities and leading us to occupy the third spot behind Havana and Matanzas.

In 1971, four hundred and seventy nine years after the arrival of Christopher Columbus to our shores, the first histology specimen was processed in our lab. That same year, we inaugurated the first Bioterium or laboratory experimental animal production outside of Havana, which provided these research animals to two other Veterinary Provincial labs, hospitals and laboratories in Holguin, Bayamo and Santiago de Cuba.

Between 1970 and 1974, our laboratory earned national recognition for discovering three transmissible diseases that were previously unknown in Oriente and two that were unknown nationwide and for setting-up joint research projects with the department of Pathology of the Carlos M. de Cespedes hospital, the department of hygiene in Santiago de Cuba and the National Veterinary Diagnostic Laboratory in Havana.

Another important contribution of our laboratory took place during the African Swine Fever bio-terrorism attack on the province of Havana in 1971, when we implemented a sanitary quarantine barrier between the provinces of Camaguey and Oriente, days before the affected province did.

In 1972, our lab, successfully challenged with a complex battery of tests, an order from the health department to confiscate and dispose of 250,000 cans of condensed milk contaminated with yeast, which were salvaged and re-directed to animal feed.

Under the guidance of the Veterinary Scientific Council, bi-monthly meetings were held around the province of Oriente. Numerous seminars and one national symposium was organized in 1973.
In 1974, I was awarded a Diploma for Outstanding Instructor at the School of Veterinary Medicine in Bayamo. Eight third year students assigned to our laboratory for higher Pathology training, became excellent pathologists earning Masters Degree, Doctorate and PhD’s. Most are in Cuba and a few have proven their knowledge in Spain, Dominican Republic, Mexico, Chile, Argentina, Sweden and elsewhere.

Grudge, corruption, envy and an obsessive effort to keep our laboratory achievements under wraps to avoid highlighting their incompetence, led a few opportunists into a fail attempt to stifle our work by diverting its resources and later, to concoct and accuse me of the most heinous, criminal acts, that only deranged minds could have conceived.

For this monstrosity, I was incarcerated for 4 ½ years, irreversibly ashamed, deprived of my professional development, literally forced to migrate to the US and severance of ties with many family and friends.

I have never asked for nor will I ever accept any form of restitution for personal damages. I have never demanded retribution for the executioners of this crime, for which I am sure, life will be their toughest judge. My only demand has and always will be, a full restoration of my ruined image, principles and morals among my piers.

But what have hurt me most and I am unable to forgive, has been the total destruction by these and similar specimens across the country, of years of hard scientific work by hundreds of first class, dedicated professionals, whose only dream was to create a premier teaching, medical, diagnostic and research Veterinary Medicine corps in Cuba, that would be capable of occupying a seat among the best in the world.

For these and many more reasons, I have denounced in the past, I am denouncing now and will continue denounce in the future, the macabre and destructive acts of these opportunists disguised as staunch supporters of the Cuban government.

Cuba must begin to ask itself many hard questions. Not all of its shortcomings are related to the cruel and destructive US blockade. Worst has been done by those treacherous demagogues, who have destroyed hundreds of lives and careers, have forced to migrate unquantifiable, irreplaceable professionals and by constantly instilling fears in others to remain silent or else, as these hyenas lurch in the dark for new victims.

Determining when veterinary medicine have regained its rightful share among all health related institutions in Cuba and around the world will be very easy. As soon as our hematologists, bacteriologists, virologists, clinicians or pathologists can stand on equal footing and/or challenge any diagnosis coming out the Provincial Hospital, Hygiene Laboratory, Bromatology, Soil and Water laboratory or research centers such as CENIC, CENSA, Finlay, ICA and others, the celebration can begin.

It is here where my fears are centered. We have lost so much, my advanced age, health status and other factors, may not allow me to see, revel in joy and pride once again, when our institution can stand tall among their piers as it once did in the GDR, Bulgaria, Czechoslovakia, Sweden, France, Hungary, Chile, Soviet Union, Mexico and others.

Eternal gratitude to everyone who made this wonderful journey possible!
Posted by hassan at 5:42 PM